Implement real and lasting partnership and economic development actions in the Life Science sector between the Provence-Alpes-Côte d’Azur (PACA) Region and Southern California, concretizing an action program initiated from the PACA Region 2 years ago towards the United States, especially with California and San Diego, considered as a territory of excellence for Biotechnologies.

Who are the members of the Alliance and when was it officially created?

French BioBeach has welcomed a regional economic mission from the PACA region (South-East of France) in San Diego, California, on the occasion of the “2014 BIO International Convention”, that took place from June 23 to 26. Beyond the Biotechnology industry, it was also the occasion to identify opportunities for economic exchanges in other sectors, and the terms of partnership.

" Our trip to the south of France was incredibly interesting and productive. We have identified multiple collaborative projects and will be building on the introductions made while we were there.  I completely expect that in a few months, we will have several mature collaborations and partnerships ongoing as a result.  A wonderful experience all around."

" This was a very productive trip for ACEA Biosciences, which should facilitate business on both sides of the  pond.  In fact, we already have a few opportunities in motion."

" I was very positively impressed by the brilliance and abilities of the entrepreneurs , scientists and administrators we met during our visits to Provence and Cote d‘Azur.  These synergistic capabilities coupled with our common goals provide us with the platform for CVAC Systems, Inc., Provence and Cote d’Azur  technologies  to meet the requirement of the financial community in France to develop intellectual property which can reside there in France.  This collaboration can benefit the entire world. My appreciation is expressed to all involved in the organization and facilitation of this initiation to a  potential very valuable collaboration." 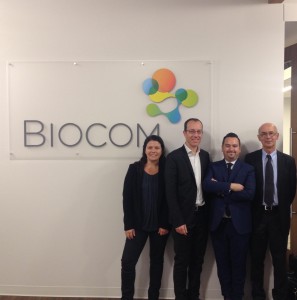 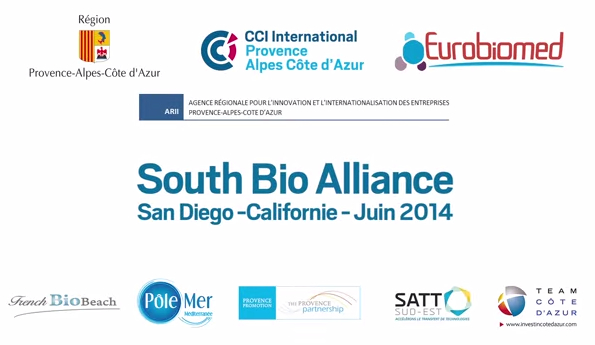 Regional Agency for Innovation and Internationalization of Companies (ARII).

The region Provence-Alpes-Cote d'Azur (PACA) is a French administrative region from the south-east of the country, the third region that produces the most wealth in France. The region is situated next to Italy from which it is separated by the Southern Alps. Up north, there is the Rhônes-Alpes region and, to the west, the Rhône River, which indicates the border with the Languedoc-Roussillon region. The PACA region is bordered down south by the Mediterranean Sea. The PACA region gathers six departments, formerly from the Ancien Régime provinces of Provence and Dauphiné. A part of the Vaucluse department is constituted by the annexation of the Comtat Venaissin during the revolutionary period, as well as for the Alpes-Maritimes region with the left bank of the Var River, which was the County of Nice annexed to France in 1860 during the Second Empire (the County of Nice was an old part of the duchy of Provence before 1388, when Nice devoted itself to Savoy). The logo of the Regional Council reminds all four regions, resuming their former prestige gathered under the same flag.

CCI International PACA is the local team in the consular network.  25 team members present throughout the region and entirely dedicated to accompanying businesses in their international development. CCI International offers a complete range of services thanks to the geographic and industry experts that make up the team: Detection and analysis of companies’ needs and the macroeconomic data of their geographical territory; Organization throughout the region of information meetings, training courses, specialized workshops and forums; Individual, personalized advice and information adapted to the maturity and needs of the company (structuring of the offer, performance indicators, action plans, financial organization etc…); Organization of trade missions in foreign markets, professional trade fairs abroad, business conventions, BtoB.

Created by the Alpes-Maritimes Departmental Council, the Nice Côte d’Azur Chamber of Commerce and Industry and the Nice Côte d’Azur Metropolitan Area, the purpose of Team Côte d’Azur is to promote the region on international markets and help new, French or foreign companies to establish offices in the area. The agency gives investors access to a comprehensive range of services so they can discover the Côte d’Azur, a leading, innovative and international region, and ensure the best success for their teams based here.

Provence Promotion is one of the leading economic development agency in France for the attraction of inward investments and the creation of new jobs in sectors such as Aeronautics, IT, Health, Energy and Logistics. It is a joint initiative of the County Council and the Chamber of Commerce of Marseille Provence. Provence Promotion has experience in helping corporations evaluate the potential of Marseille (second city of France) and the Provence County for their business set-up and expansion.

SATT Sud Est (French for South East), “Accelerator of Technology Transfer” is your one-stop shop for transfer and commercialization of innovative technologies. The Company is a key player of economic development through innovation. It develops public research and technology transfer towards the market. It intertwines with researchers and has strong roots in the economical fabric of the region.

Created in 2005, Pôle Mer Méditerranée is a business and innovation world class sea cluster located in South of France. Its ambition is to contribute to the sustainable development of the maritime and coastal economy in the Mediterranean basin, in Europe and across the globe. The network of the Pôle Mer Méditerranée involves 360 members including majors companies, SMEs, research institutes and academic.