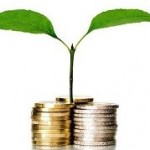 In a bid to attract start-ups to France, 50-handpicked entrepreneurs will be invited to bootstrap their businesses in Paris.

The French government has unveiled a programme called ‘Tech Ticket’, which aims to encourage foreign start-ups to set up operations in the French capital. The package includes tens of thousands of euros in funding and assistance in finding business premises.

The scheme, which has a €5 million budget for the first year, will offer €12,000 grants per person for six months, renewable once, and a place for entrepreneurs in one of nine incubators, where they will get help with fundraising strategies and practice in pitching to investors. Other frills include a “help desk” on red tape and cheaper flights on Air France.

Some 50-handpicked entrepreneurs are expected to benefit from the first round, which begins next year. If the scheme is popular, it will be extended to other cities, the government says.

The initiative is part of a broader business creation strategy. Late last year, the government announced a €225 million fund to invest in start-up accelerators across the country.

Separately, French authorities are providing cash to bootstrap the Paris-based incubator Halle Freyssinet, which has designs on becoming the biggest in the world, with 1,000 start-ups.