Cellectis could be in line for a $1.6B Pfizer buyout 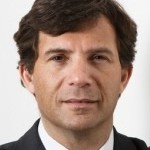 Rumor has it the CAR-T specialists at Cellectis ($CLLS) are considering a potential sale, and partner Pfizer ($PFE), already riding its checkbook into the world of immuno-oncology, could be a suitor.

The Financial Times is citing two people close to the situation who say the French biotech is in the early stages of negotiations. And one of the paper's sources says Pfizer has stepped forward with an offer that would value Cellectis at as much as €1.5 billion ($1.6 billion).

Cellectis, which jumped to the Nasdaq in a $228 million IPO in March, is at work on a pipeline of so-called CAR-T therapies, which work by souping up T cells to better detect malignancies, thereby training the immune system to attack previously unseen cancers.

Last year, Pfizer signed an expansive deal with the company to get its hands on some CAR-T assets, paying $80 million up front and clearing the way for more than a dozen joint projects. Cellectis is due as much as $185 million in milestone payments for each successful CAR-T candidate, valuing the deal at as much as $2.8 billion. Pfizer also bought a 10% stake in the biotech.

Whether Pfizer would now want to take the plunge and buy Cellectis outright remains to be seen, but the U.S. pharma giant does have a penchant for spending big when it has ground to make up. Pfizer had long lagged its rivals in immuno-oncology when, last year, it handed Merck KGaA $850 million up front to collaborate on a promising checkpoint inhibitor. And Pfizer will pay its partner as much as $2 billion more under a rich deal designed to close the gap with Merck ($MRK), Bristol-Myers Squibb ($BMY), AstraZeneca ($AZN) and others.

As for Cellectis, in contrast to CAR-T leaders Novartis ($NVS), Juno Therapeutics ($JUNO) and Kite Pharma ($KITE), the biotech makes its treatments using off-the-shelf T cells harvested from third-party patients, a method the company believes will lead to safer therapeutics. The majority of players in the field craft their CAR-T therapies by taking a patient's own T cells, re-engineering them and re-infusing them.

Following its IPO, Cellectis said it planned to spend its proceeds getting four preclinical CAR-T candidates through Phase I trials, earmarking $26 million for manufacturing and $26 million more for work outside of oncology. The company's lead candidate, a Servier-partnered treatment for leukemia, is slated to enter the clinic this year.