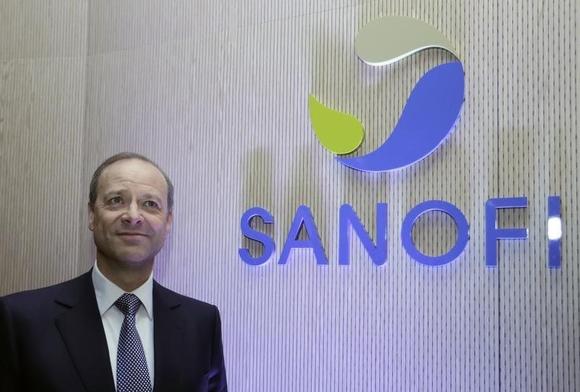 Chris Viehbacher, Chief Executive Officer of Sanofi, poses for the media before the company’s 2012 annual results presentation in Paris February 7, 2013.

Source (Reuters) – Sanofi SA is looking to sell a portfolio of older drugs that could fetch $7-8 billion, according to people familiar with the matter, yet another example of drugmakers trying to shed non-core assets and focus on high-growth areas.

The French pharmaceutical firm has hired financial advisers Evercore Partners Inc to help it with a deal and has contacted potential buyers in the past few months, the people said, asking not to be named because the matter is private.

The drugs for sale include treatments for high blood pressure and cardio-metabolic diseases and account for roughly $3.7 billion in combined annual revenue, one of the people said.

The portfolio could fetch up to two times that amount, the person added.

Shares in Sanofi rose 1.5 percent in early trade on Wednesday following the news.

Generic drugmakers and specialty pharmaceutical companies are seen as logical buyers for the portfolio, said the people familiar with the matter.

A spokesman for Sanofi said: “We do not comment on market rumors.” Evercore also declined to comment.

Drug companies are increasingly looking to shed smaller divisions they view as non-core so they can better focus on their mainstay products. They have also shown willingness to consider large asset swaps with rivals to exit weaker businesses and reinforce core areas where they are already top players.

Novartis AG last week announced a major revamp in which it traded more than $20 billion worth of assets with GlaxoSmithKline Plc and agreed to sell its animal health arm to Eli Lilly and Co.

Merck & Co Inc is also in the final stages of selling its consumer health unit for close to $14 billion, Reuters reported last week, as its market share in the sector is seen as sub-scale compared with those of market leaders.

The Novartis deal, in particular, is seen as a template for others in the pharmaceuticals industry to follow and it could also apply to other industries, such as consumer goods.

Sanofi has an extensive line-up of older products that could be carved out, following similar moves now under way at Pfizer Inc and GSK to place older products in separate divisions.

Pfizer announced last year it planned to separate its business into three units – innovative pharmaceuticals; vaccines, oncology and consumer health; and established products – and the U.S. group has not ruled out a full breakup.

GSK is starting out down a similar path and will announce the first separate results for its established products business when it reports quarterly results later on Wednesday.

Sanofi Chief Executive Chris Viehbacher said on Tuesday he did not plan to embark on large-scale deals, despite a current merger frenzy in the healthcare sector, but would continue with a strategy of smaller transactions and bolt-on acquisitions.